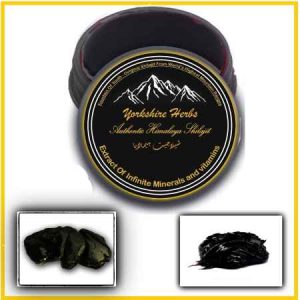 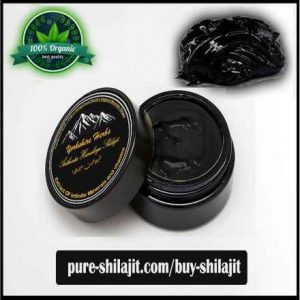 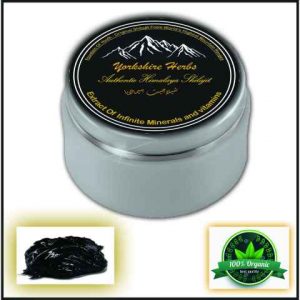 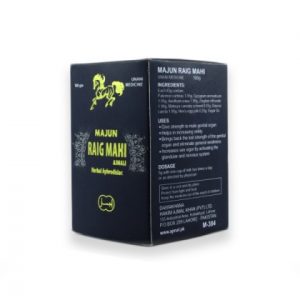 You may not have heard of this black sticky mineral goo that goes by the name of ‘Shilajit’. Health enthusiasts and fitness fanatics from all over the world are touting it as the ultimate superfood, and the best kept secret in holistic health. It is quickly becoming one of the most essential additions to their daily routines. Shilajit’s popularity has been soaring and making waves in the natural remedies market of late, and it is set to take the natural healing world by storm.

Now, a strange black goo may not sound too appealing to most, but the health benefits certainly are. And as modern medical research and clinical trials are proving the effectiveness and positive impact on health, the proof really is in the sticky black pudding.

So, let’s dive into some facts and information about this exotic miracle mineral healing substance that is sure to have the shelves of Holland & Barrett bursting by this time next year.

So firstly….What exactly is ‘Shilajit’?

Shilajit is a highly concentrated, 100% natural and organic substance formed by the decomposition of plant matter over centuries.

It is composed of rock humus, rock minerals and plant matter that has been compressed by layers of rock mixed with marine organisms and microbial metabolites.

Its natural resin form is a dense secretion caused by the movements of tectonic plates in high altitude mountain ranges.

It is one of the rarest and most beneficial natural compounds on Earth, packed with nutrients and containing over 85 trace minerals, fulvic and humic acids and carbon 60.

Its main active ingredient is Fulvic Acid, which rapidly accelerates cellular rejuvenation and is a potent and powerful antioxidant.

Shilajit has been used in Ayurvedic Medicine (Traditional Indian Medicine) for thousands of years as a panacea to treat all ailments. It is accepted that Shilajit is considered the backbone of the entire Ayurvedic practice.

Shilajit has been known as many aliases by different cultures in different corners of the world, and some of the translations will give you an idea of how highly its healing properties are held.

Shilajit has been known as, ‘Mountain Blood’, ‘Destroyer of Weakness’, ‘Preserver of the Body’, ‘Stone Oil’ and ‘Rock Sweat’ but is more commonly known as ‘Shilajit’ or ‘Mumijo’, depending on the region.

In Layman’s terms, you could say that Shilajit is a very rare and extremely healthy and edible mud that has very unique and incredible healing properties.

Where Does Shilajit Come From?

It is widely believed that Shilajit was originally discovered in the Himalayan mountains and its uses have been documented for thousands of years in Ayurvedic texts and scriptures.

Shilajit needs very precise conditions to be formulated as the specific microbiology and geography must be perfect for its production.

What are the Health Benefits?

As mentioned above, Shilajit has been used in holistic medicine for centuries as an aid to cure and treat a multitude of illnesses. One of the main characteristics of Shilajit is that it has the ability to act as a lightning bolt and catalyst for other herbs and natural medicines, amplifying their effects and bioavailability.

The health benefits of taking Shilajit daily can include:

So we know what it is, where it comes from and how it can benefit us, but how do you take this strange black tar everyday? Spread it on toast? Eat it with a spoon? Lick it off a rock?!

There are different forms of Shilajit. Its raw form is harvested from between the rocks in the mountains, but will contain impurities. The raw Shilajit will then be cleansed and filtered using hot water to remove any traces of heavy metals and any other possible impurities, which then will produce the most potent form of Shilajit, a jet black sticky residue, known as Shilajit resin or purified Shilajit. This resin can then be further decomposed by boiling and cooling which will leave a powder that can be taken in capsule form, however, the powdered Shilajit has nowhere near the potency of the Shilajit resin as it will have lost some of its fulvic acid content and mineral count during this process..

So, with the pure Shilajit resin, the most potent form, daily uses are extremely simple. As there are no added ingredients, and it is made from 100% plant matter, of course Shilajit has a very earthy taste and texture. Some may describe it as mildly bitter, but it is 100% water soluble, so it can be mixed in with any liquid easily. It can be added to your morning coffee, tea or fruit juice to give your day an extra kick, added to your pre workout formula for a burst of energy or even to your recovery formula after exercise to help replenish minerals and amino acids quicker and more effectively than ever before.

Recommended uses will vary depending on the needs and goals of the consumer, but generally it is recommended that adults can take between 300-500mg per day and children 100-300 mg per day.

As Shilajit is a purely natural compound, its benefits apply to all living organisms. You can give it to your pets and even use it in your garden as a powerful fertiliser and growth formula. Just add 100mg (about the size of a grain of rice) of Shilajit resin to your regular water solution and drench your garden once a week. The results will shock you! Using Shilajit on damaged plants will aid a speedy and healthy recovery, or using the solution on crops from seed until harvest will help your yield to be more fruitful than ever!

Now, Shilajit products are becoming more available as its popularity grows, but how can you be sure that you are getting the good stuff? As mentioned earlier, the powdered form is not as beneficial as pure resin, the most potent resin will be jet black, some will be brown or even have a golden or yellowish hue. Always check that the Shilajit you buy has been cleansed and purified. It should be third-party lab tested for quality and purity, as if it’s left uncleansed can show traces of heavy metals which you will want to avoid. The main active ingredient is fulvic acid, so look for the highest fulvic acid level as possible which will maximise the health benefits when taking daily. Generally commercially available products will have a fulvic acid content of around 60-80%.

‘Himalaya Mountain Shilajit’ source directly from the Himalaya Region in Western Siberia, where the product has been cleansed using traditional Ayurvedic methods, third party lab tested showing humic acid levels of 8.2% and fulvic acid content of over 75%, making it one of the strongest and effective Shilajit resin products on the market today.